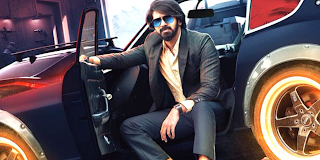 Sukumara Kurup has been synonymous with mystery with Malayalees for 37 years. Kurup, who is not even sure if he is alive or dead, has a lot of doubts left behind. Through those doubts and mysteries, Dulquer's film 'Kurup' has hit the theaters today. The film is directed by Srinath Rajendran and is a realistic investigative thriller. Sukumara Kurup is a vast plot with many stories, anecdotes, and doubts. Kuruppi's journey is from within those stories and the evidence found by the Kerala Police. The main challenge for the line-up is to capture the audience while making a story that is familiar to everyone. The director has overcome that challenge here by the way he tells the story.
The director starts telling the story of 'Kurup' from the retirement party of a police officer named Krishnadas who ran after a good portion of the service in the Kurup case. Through flashbacks and diaries, Kurup has been exposed from many different angles, from different perspectives. The film manages to entertain as well as inform. Kurup's director has succeeded in doing justice to history. Also, the director and his team are taking the audience to some possibilities discovered by the Kerala Police during the investigation. Dulquer has portrayed the criminal-smelling Kurup with his own hands. Indrajith, who arrives as Krishnadas, the investigating officer, and Shine Tom Chacko, who arrives as Pillai, are the other two who get attention with their performance. Shobhita's performance does justice to the character. Other cast members include Vijayaraghavan, Sunny Wayne, Surabhi Lakshmi, and Balachandran.
Older Posts Home 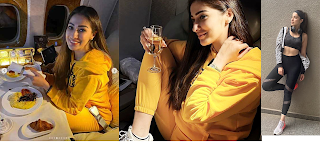